52 million years ago, Fossil Lake covered 1500 square miles of Wyoming, Utah, and Nevada. As time passed, plants and animals settled into the lakebed, where they were preserved in limestone. The former Fossil Lake region, now called the Green River Formation, yields tens of thousands of fossils each year.

In 1972, Fossil Butte National Monument became the mecca of the region’s incredible paleontology. The visitors center displays an impressive array of unique fossils from decades of discoveries. 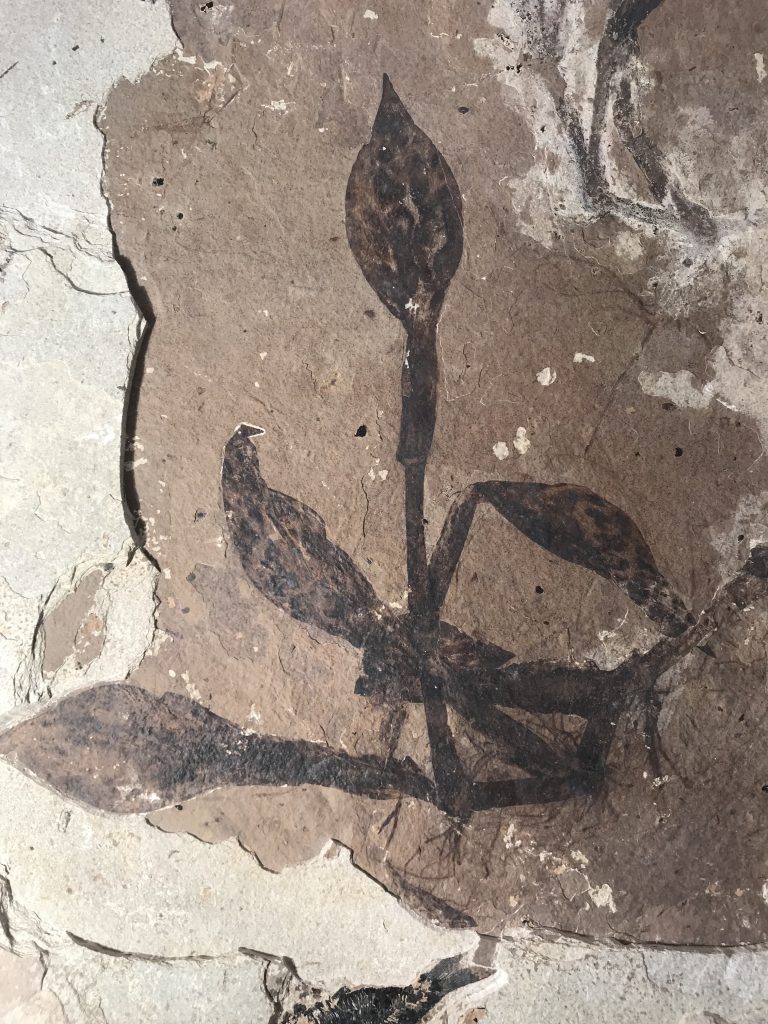 Preserved plants may not excite visitors quite like their amphibious and reptilian counterparts. However, Fossil Butte National Monument features several one-of-a-kind fossilized leaves and flowers.

A recent excavation in a private quarry outside of the monument unearthed a monocot—a plant in the broad palm, grass, and lily group. This unique find displays the full plant structure, including the roots, stems, and leaves. Right now, scientists are studying and identifying the specimen, and it will likely be on display by spring of 2022.

One of the more exciting and popular exhibits at the visitors center is the Baptemys wyomingensis. It is the only adult turtle of this genus found in Fossil Lake.

David Lindgren discovered the turtle. Upon discovery, the specimen had its legs, tail, and head retracted. Lindgren removed one leg from the shell during preparation and reassembled the outside of the shell. Yet, the head, tail, and three legs remain under the shell.

Appearing similar (but scientifically unrelated) to the modern prairie dog, the Hyopsodus wortmani is the only specimen of its kind found in Fossil Lake.

This chubby, short-toed mammal was likely a ground-dwelling animal in its prehistoric reign.

European paleontologists Funter Bechly, Romain Garrouste, and Andre Nel studied the specimens. Originally, the damselflies were thought to be two different species. Soon after, it became clear that they are a male and female of the same species. The research determined that the female has dark, solid wings and the male has dark wings with light patches.

The genus and species name, Tynskysagrion brookeae,  honors Jim Tynsky and The Sullivan Family who donated the specimens to Fossil Butte National Monument. 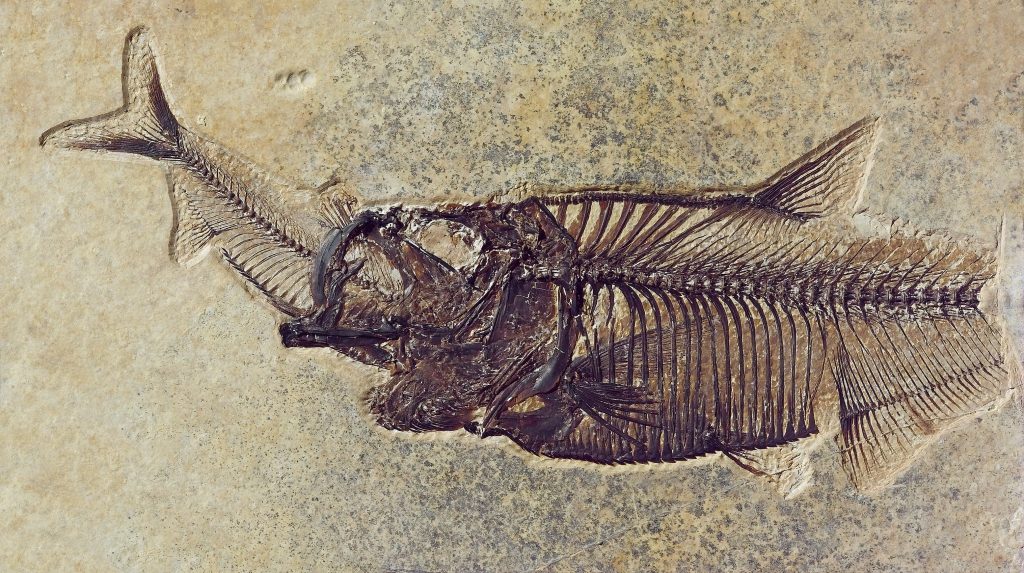 Lastly, the fossils of a fish eating fish are a Fossil Butte National Monument crowd-favorite.

These oddities occurred as carnivorous fish got a hold of their prey, suffocated, and died with a too-large fish in their mouths. Now, the fossils clearly show a big fish outlining the slightly smaller fish within.

Come see for yourself!

Beyond these five displays, Fossil Butte National Monument exhibits over 300 impressive fossils. Not to mention, local shops such as Tynsky’s Fossil Shop, Wyoming Fossils, and In Stone Fossils display and sell a variety of Fossil Lake treasures.

After exploring the visitors center and fossil shops, during the summer you can try your own hand at digging in the private quarries outside of the park. Perhaps, pay a visit to Tynsky’s to ask about the damselfly!