Kemmerer and Its Little Secrets: The Oyster Ridge Music Festival and Fossil Butte

Things To Do > Kemmerer and Its Little Secrets: The Oyster Ridge Music Festival and Fossil Butte

Kemmerer and Its Little Secrets: The Oyster Ridge Music Festival and Fossil Butte

When you’re about to hit the roads of the West, you might Google something like “top travel destinations in Wyoming.” Well, Kemmerer, in Wyoming’s Lincoln County, is home to one especially intriguing top destination – Fossil Butte National Monument. It’s one of the richest paleontological sites (a place in which remains of ancient living organisms are preserved) in the world. The quality of fossils found here, and their rich diversity, is world-renowned.

Fossil Butte National Monument has unearthed a lot of species. Amongst them, there were 10 mammal species, 27 fish species, 15 species of reptile, 2 amphibian species, several arthropod species, 30 species of bird, and several plant species. Some of these fossils date back more than 50 million years, from during the Eocene Epoch. Back then, there were three giant lakes – at a point, one colossal lake – covered Wyoming, Utah, and Colorado. In paleontology’s terms, it was the Green River Lake System. Fossil Butte National Monument is situated in the once-Fossil Lake – a body of water spanning 50 miles long, and 20 miles wide. Today the prehistoric landscape is composed of sandstone and mudstone formations, coupled with rolling, desolate hills, and low-rider shrubs. There’s a powerful silence about the place, as if a waterfall had been billowing nearby, only to disappear, leaving nothing but an echo of raw energy. Eerie vibes aside, the park is open year-round. The summer months are warm and inviting, whilst winter is contemplated, and disconnected, making for a very personal experience. Visiting the fossil fish capital of the world was an eye-opening day out, and the nickname is well-deserved. 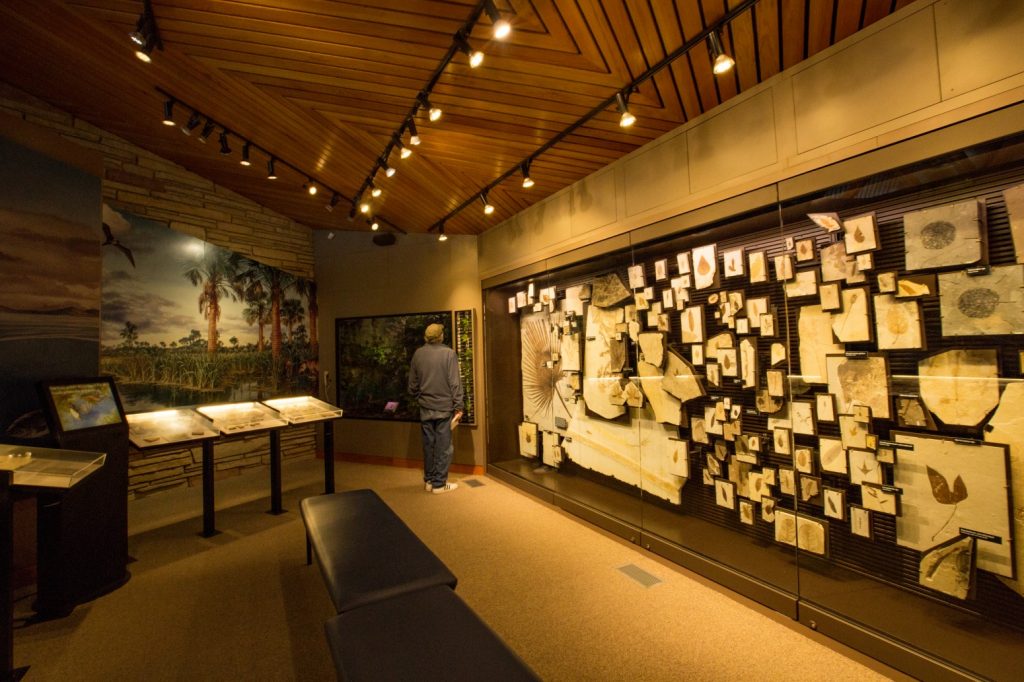 World-class fishing exists about Kemmerer, and it’s honored through the Annual Kemmerer Lions Club Ice Fishing Derby. This is a fishing contest like no other, situated amidst some of the most beautiful scenery Wyoming has to offer – and amongst its best fishing (without doubt). People travel from all over the region to be here for this hardy contest. Everyone wants a chance at the prize money, which can be over $30,000. That’s not all though, as the ice fishing here – and general fishing – guarantees a good time, with possibility to catch rainbow trout, brown trout, and bur-bot, spending time in beautiful, winter-Wyoming scenery. Kemmerer’s top fishing locations are the Green River, Hams Fork River, Viva Naughton, and Fontenelle Reservoir. The Lions Club Ice Fishing Derby, which you can enter, kicks off on February 17th (2018) – but do register sooner for reduced entry fees. 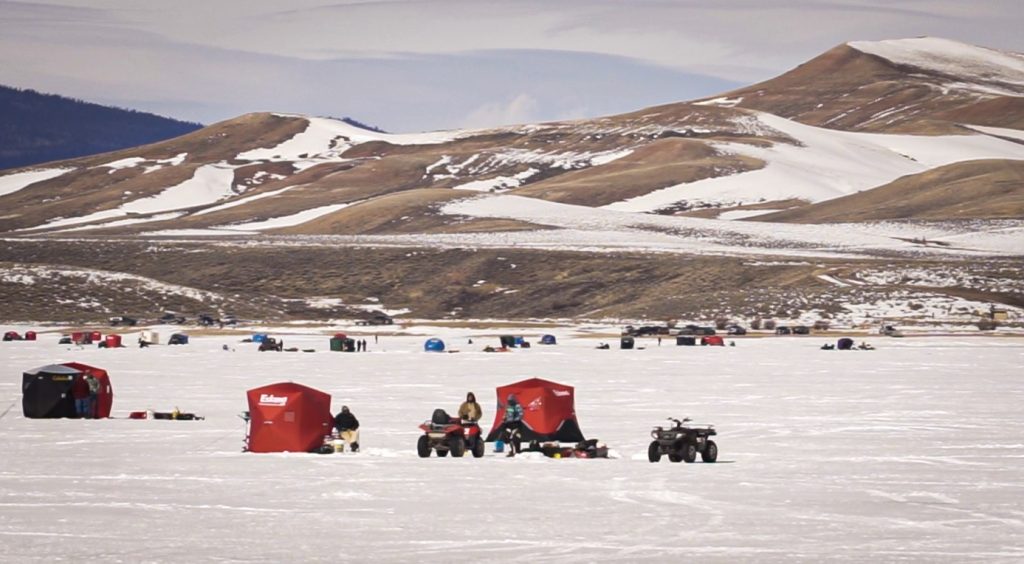 Winter in Kemmerer is a great season for many reasons, one being the 30-year-old Pedigree Stage Stop Race, launched from Jackson, WY. Kemmerer is one of eight total stops the race makes in Wyoming and Idaho. It’s the only dog sledding race in the lower-forty-eight, beginning in late January, and running for about 14 days, into February. I asked what the best things are about dog sledding to a veteran racer, who now works in the Diamondville Town Hall. Markus had this to say: “It’s really exhilarating, something unique. You get out in nature, and with dog power, it’s fast. This morning, I clocked my dog at 35mph. On a sled, I’ve hit 28mph.” It seems this event is more than just a race. It’s fueled by incredible passion and love for man’s best friend, for the natural world. People train year-round, feeding their dogs colossal diets, building them up to be in peak physical condition. The dogs aren’t complaining – in fact, they love it. 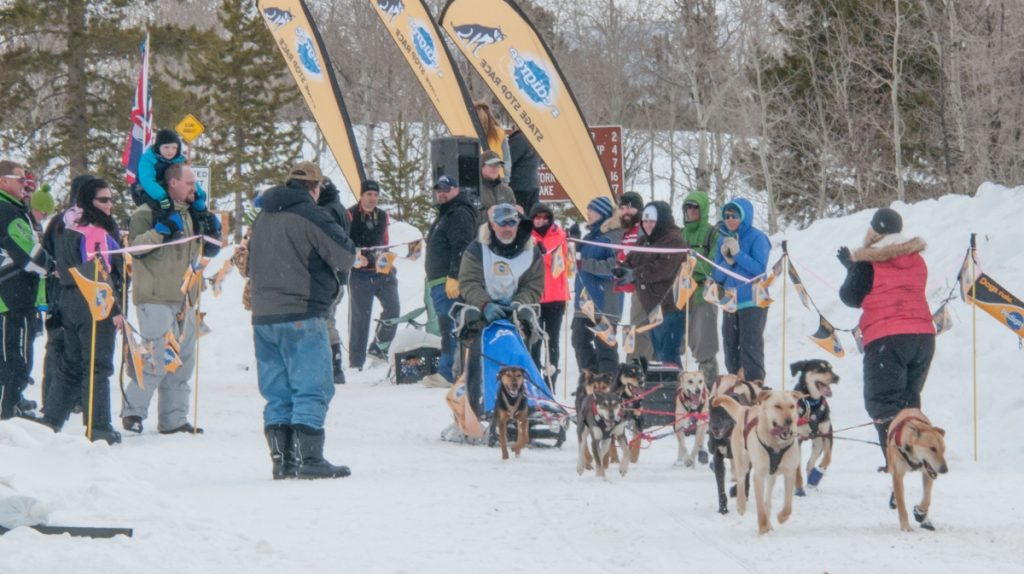 More To Discover and To Do

Among the world-class fishing, the Pedigree Stage Stop Race, the museums (Fossil County Frontier Museum is an excellent one), snowshoeing, cross-country skiing, and JC Penny’s mother store, where it all began (certainly worth a stop), you’ll also be able to try some of the finest snowmobiling routes on offer. Because of Kemmerer’s rolling hills and vast plains, this is a top thing to do here. Snowmobile out into the wilds surrounding Kemmerer and immerse yourself in raw energy and exhilaration. There’s many opportunities to see stunning scenery and wildlife on your snow-excursion. You can enjoy nature while feeling at the top of the world, snowmobiling your way through a serene, frozen heaven. These routes are just fantastic, and are well-worth a go – a pride of Wyoming, indeed.

Moving away from winter and towards warmer temperaments, for the last thirty years, every July, something special has been happening in Kemmerer: The Oyster Ridge Music Festival. This is one of the best folk music festivals in the US, and just maybe, one of the best festivals in the US. Lead singer of Bearheart, a modern folk band whose sounds defy folk norms, had this to say, during the 2017 festival: “I’ve played a few festivals, and I’ve been over-seas (performing). This is the best, probably most relaxing (festival) I’ve been at.” Relaxing is exactly the word you’d use to describe the event. It’s also overwhelmingly friendly. The three-day festival is completely free, and packed with an array of great musical performances coming from across the country. The Oyster Ridge Music Festival is also great because of the opportunity to experience artists who could be about to make it big. Names like Trampled by Turtles, Pete Francis of Dispatch, and Elephant Revival, who now tour all over the US, Canada, and even Europe, have performed at The Oyster Ridge Music Festival – returning still. The festival has a rather unique jam session – The Band Scramble (great name, right?). Musicians, band or not, are invited to the stage after having entered their name into a draw – occurring multiple times – for a chance to jam and write a song. The best performance is voted for, and later that day, performed to the 3,000(ish) people at the festival. It’s a reflection of how open and passionately creative the organizers and audience of this event are – everyone gets involved. There’s really no way to complain about the Oyster Ridge Music Festival. It’s a free music event performed by inspiring, upcoming musicians for three days and nights. That, coupled with the warm and inviting community vibe, the locally-sourced beers and fossil stores, and the chill atmosphere given off by the visitors, makes me sure when I say, you won’t find a quality festival experience like this in many other places. Be sure to visit Kemmerer, there are more than enough reasons to. 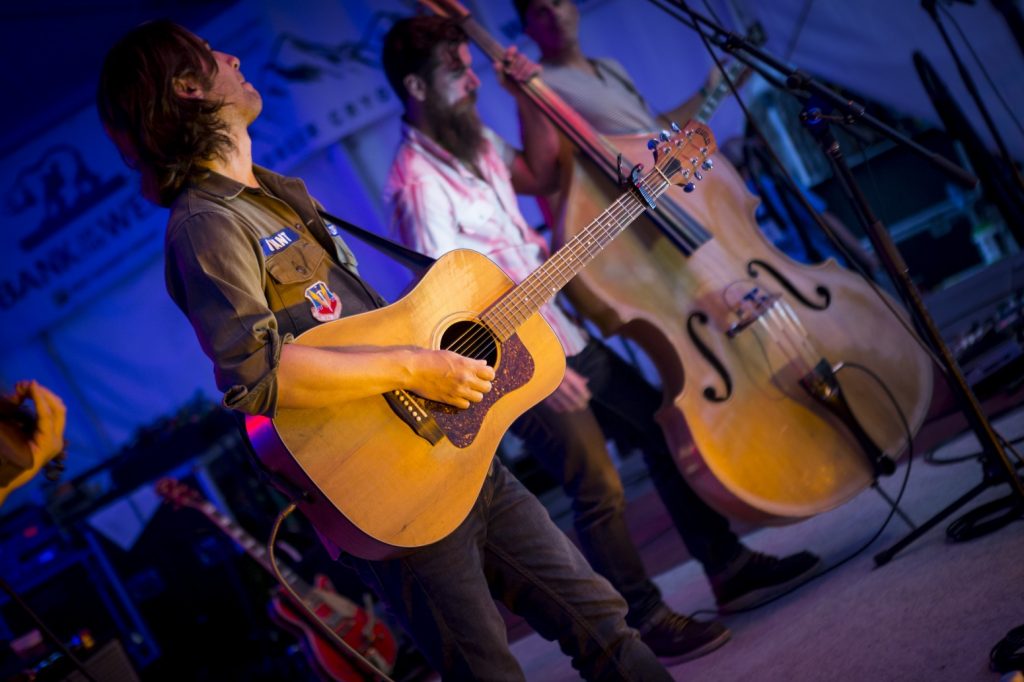 This story was created in partnership with Visit USA Parks.